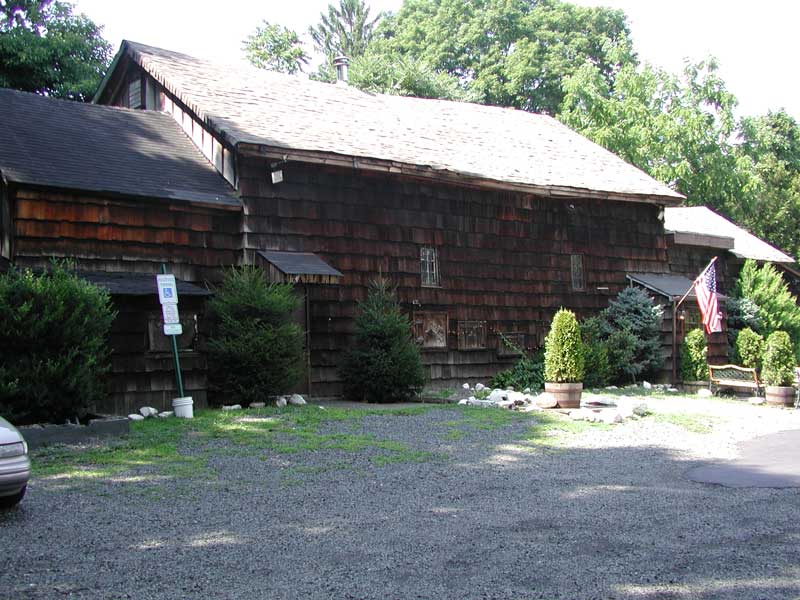 Built as a dairy barn in 1876, this building was turned into a restaurant by Matt Weinstein in 1929. The property can be traced to the Zabriskie, Ackerman, and Bates families. Known as the Barn, it was originally a tearoom with live music and a dance floor. There were rumors that alcohol was served here during Prohibition, but they are not documented. After Prohibition, in 1934, the restaurant received the town’s first liquor license. Still a restaurant today, the Barn is hidden in the middle of a residential neighborhood, and there is no sign for it, so it can be hard to find.