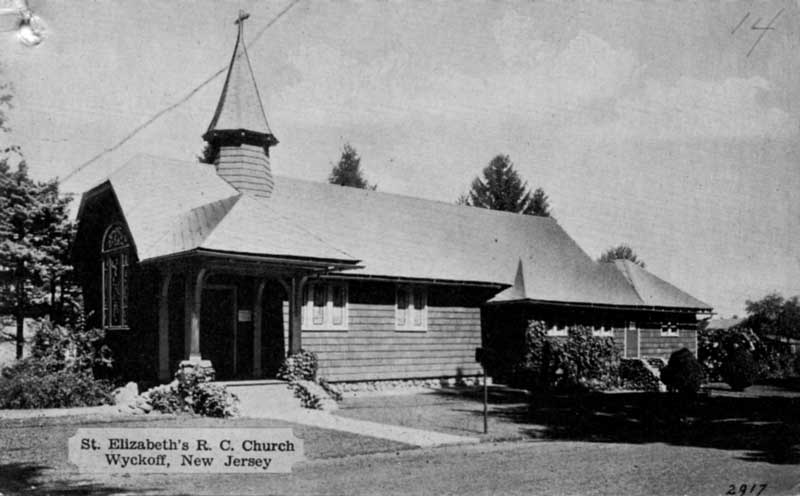 The first Catholic residents would meet in private homes, the firehouse, and the Wyckoff Reformed Church. The parish was formed in 1902. As the numbers of parishioners increased, their first building was completed in 1903, at the corner of Clinton and Everett Avenues, and enlarged in 1912. Membership continued to increase and in 1954 a new church, auditorium, and school were built on Greenwood and Wyckoff Avenues. The bell from the old church was preserved in a stand in front of the church. Another addition was built in 1992.