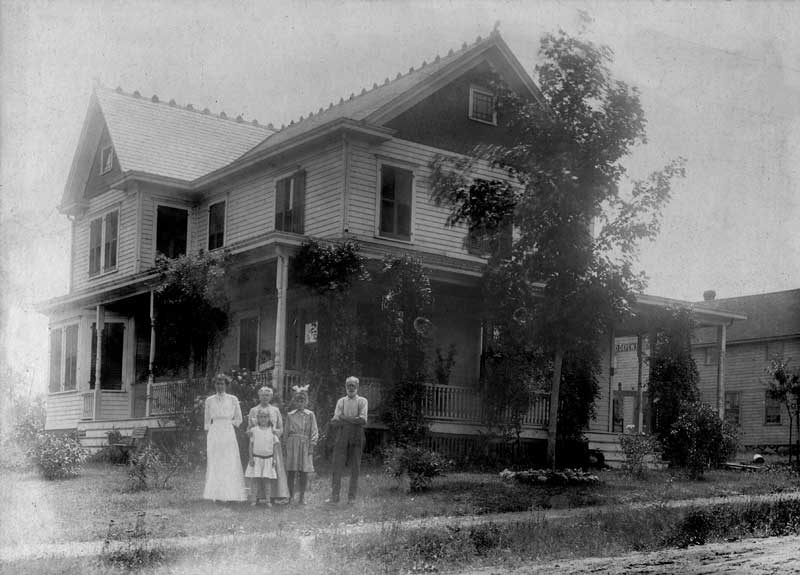 The Depew house was built on Franklin Avenue c. 1901. Pictured in this 1910 photograph are from left to right, Charity, Elsie (as a child), Sarah, Florence (Elsie’s sister), and Nathan Depew. Not shown is Elsie’s father, Daniel Depew, who was fire chief from 1908 to 1911 and also ran a carpentry business. Elsie was born in this house in 1901 and lived here until she died at age 99. The house was torn down a few years later to build a nail salon.

The Depew Barn was saved and was moved to the McFaul Environmental Center in Wyckoff. Unfortunately it is now owned by Bergen County and is used for storage.