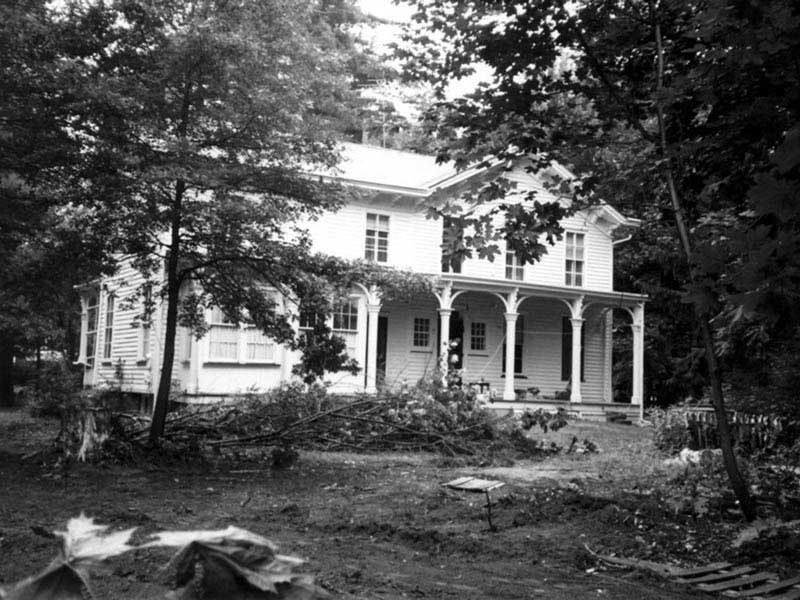 After serving in the civil War, George Newkirk married Gitty Vreeland of Wyckoff. They built their home in an apple orchard near the Wyckoff Hotel in the 1860s. The George=Newkirk House is a prime example of an Italianate-Victorian farmhouse that features oversized front and rear porches, symmetridal elongated windows, and original woodwork. Although it has been renovated several times, it remains close to its original design. In the early 1900s, it was occupied by a female dentist named Howe, who used the parlor to see patients. This is a view of the back of the house.