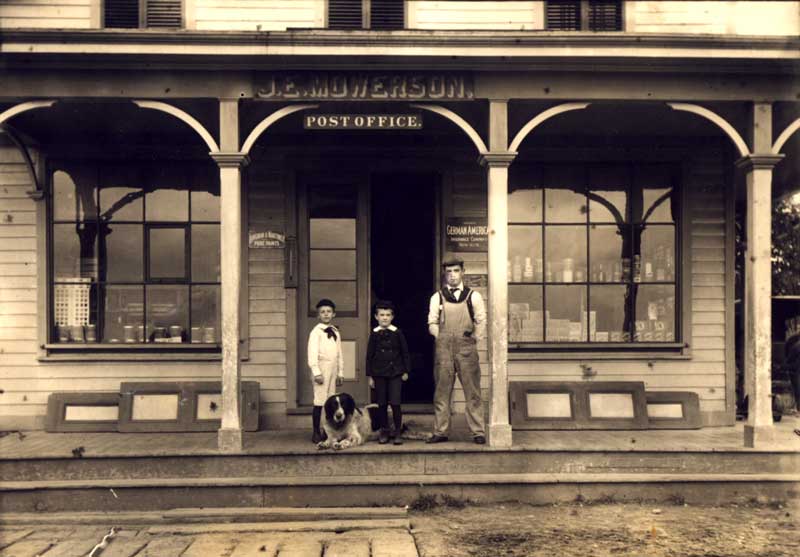 Built in 1860 by Board and Stout, this building became the first true commercial establishment in Wyckoff. It became John Sloat’s general store in 1870 and then John Mowerson’s general store in 1876. It also served as the post office with John Mowerson as the postmaster. In 1929 Mowerson sold the business to Miller’s Drug Store, which still occupies the site. (photo printed from an old glass plate.)